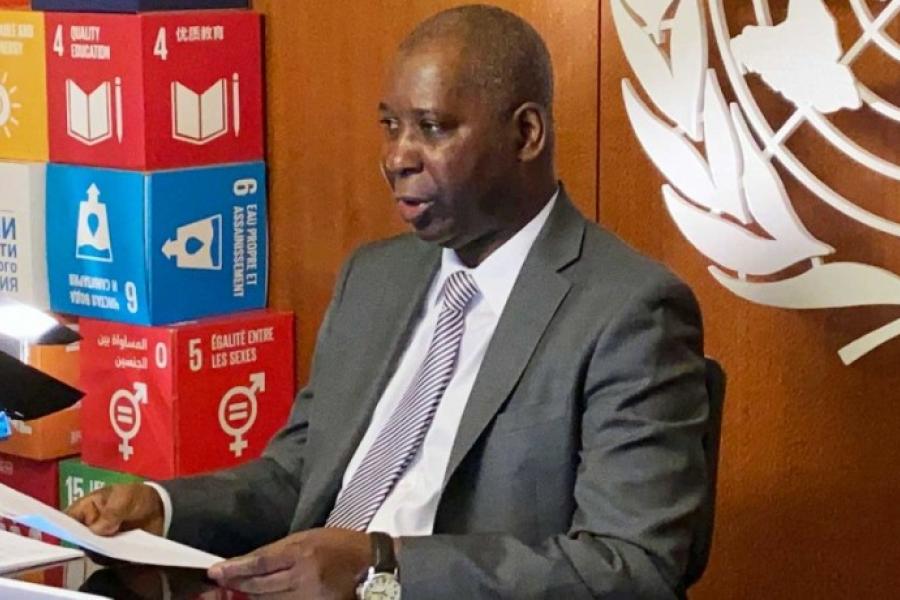 “Although we are not sitting together, be rest assured that we are in this together”, said Tijjani Muhammad Bande, United Nations General Assembly President. “We must lead by example. We must stay at home, abide by social distancing recommendations, wash our hands, and look out for one another”.

Mr. Bande reported that thanks to technology, the General Assembly’s Fifth Committee was able to make important budget decisions during this time.

He said countries must not only defeat the new coronavirus: they also have to mitigate its social and economic impacts, stating that “we need to galvanise multilateral action now to protect gains made towards the eradication of poverty and zero hunger, as this crisis puts a strain on food production and supply chains, among others”.

Changes at the Security Council

The UN Security Council has had to change its working methods due to the pandemic.

Ambassador Zhang Jun of China, Council President for March, reported that despite difficulties, members have been holding meetings by video teleconference.

“We know that Member States are very much keen to know what’s happening in the Security Council. What’s true is that the new situation does create a lot of difficulties through maintaining transparency, but we are working very hard on that”, he said.

So far, the Council agenda has included “hotspot issues” such as the situations in Libya and the Democratic Republic of the Congo.

Members have also issued statements condemning deadly attacks in Afghanistan and against peacekeepers in the Central African Republic. They are also set to act soon on several draft resolutions.

The Economic and Social Council (ECOSOC), which is at the heart of the UN’s work in advancing sustainable development, has not stopped working, President Mona Juul told countries.

However, she warned of the pandemic’s threat to development gains, particularly in the world’s most vulnerable countries, while the need for humanitarian relief is urgent.

“Beyond immediate humanitarian aid, developing countries will need support to lessen the overall socio-economic impact of the COVID-19 crisis. In this, the UN must play a key role”, said Ms. Juul.

“We need joint UN efforts to assist developing countries in their recovery and in building more resilient health systems”.

As response will require substantial financing, she welcomed recent announcements on economic support by G-20 countries, the World Bank, and the International Monetary Fund.

The UN Secretary-General participated in the G-20 virtual summit on Thursday, where he pressed for collective action and financial support to stop the virus and minimize its impact.

“Our Resident Coordinators and UN Country Teams are on the frontlines”, he said. As of last week, 93 per cent of teams, reported “being engaged with national authorities in preparing preparedness and response plans.”

The UN chief urged countries to support initiatives announced this week, such as his appeal for a global ceasefire, a humanitarian response fund for the world’s poorest countries, and a call to stand against increasing hate crimes targeting people perceived to be associated with spreading the coronavirus.

He also announced the launch of a communications strategy aimed at fighting misinformation around the pandemic.

The COVID-19 Communications for Solidarity Initiative will inform the global public and promote and inspire acts of humanity around the world. [Ends]