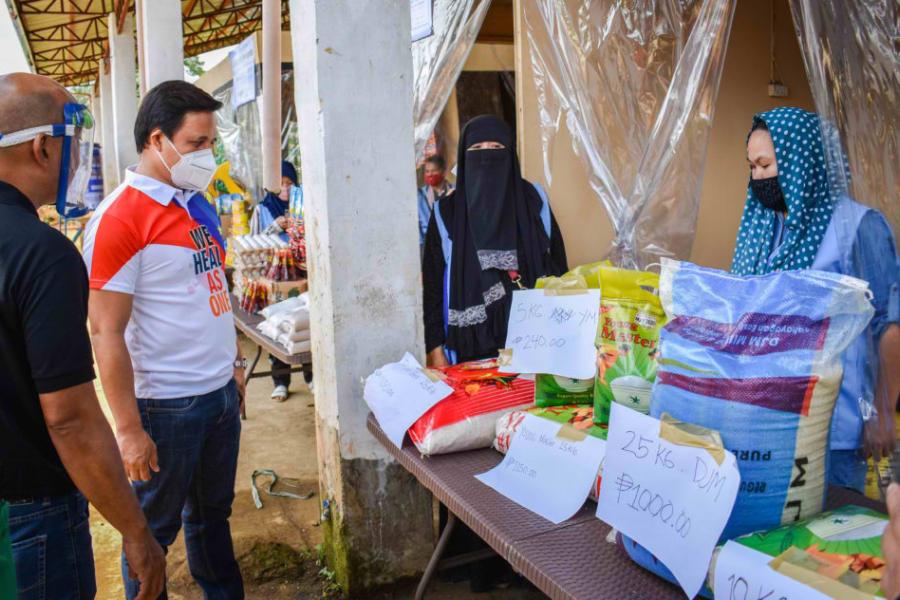 UN-Habitat began its operation of satellite markets and mobile stores in Marawi City as part of its Covid-19 response initiative, funded by UN-Habitat’s Global Emergency Response Fund and launched in April with the handover of the first batch of personal protective equipment and disinfectants to the Marawi City Government. Through the satellite markets and mobile stores, the initiative, Covid-19 Response As We Rebuild Marawi, brings markets offering fairly priced food and essentials closer to people.

While some restrictions have eased under the recent transition from Enhanced Community Quarantine to General Community Quarantine in the province, limitations in mobility and transportation of goods still remain as part of government-mandated policies against the spread of coronavirus, constraining access to food especially by families displaced by the 2017 Marawi armed conflict between pro-ISIL militants and Government forces which devastated the city’s urban center.

To facilitate food access, two satellite markets under UN-Habitat’s initiative are now operating daily in the barangays (villages) of Sagonsongan and Boganga, located in the periphery of the city, to serve over 2,000 internally displaced families in transitory sites as well as other families there. Families in these barangays are encouraged to buy from the satellite markets to save travel time and expense and as a way of decongesting central markets.

“We aim for families to get the food and essential items they need at the lowest cost possible, at wholesale prices with no mark-ups as UN-Habitat is already covering the other operating costs, while also eliminating transportation and other related costs when people have to go to markets.” -- Habitat Programme Manager Christopher Rollo of the UN-Habitat Philippines office

The initiative complements UN-Habitat’s existing post-conflict shelter project, Rebuilding Marawi through Community-driven Shelter and Livelihood, funded by the Japan Government, as it taps local beneficiary groups under this project such as cooperatives and homeowners’ associations as partners in the operation of the satellite markets and mobile stores.

Vehicles owned by partner cooperatives and homeowners’ associations have been deployed as mobile stores in 10 villages located far from the city center to reach more than 500 families.  Rice, vegetables, canned goods, and other daily household necessities can be bought from these market outlets on specific days of the week. Members from these cooperatives and homeowners’ associations volunteered to manage the satellite market and mobile stores.

Measures to prevent coronavirus spread such as the wearing of face masks, stepping on foot baths, and observing physical distancing are followed by both customers and community volunteers/vendors. Handwashing facilities with water and soap are installed not only in the satellite markets of Sagonsongan and Boganga but in other strategic areas within the city.

The response initiative covers the cost for the inventory, volunteers’ allowances, transport, and other costs for the markets and stores so these will not be passed on to customers.

“We aim for families to get the food and essential items they need at the lowest cost possible, at wholesale prices with no mark-ups as UN-Habitat is already covering the other operating costs, while also eliminating transportation and other related costs when people have to go to markets,” says Habitat Programme Manager Christopher Rollo of the UN-Habitat Philippines office.

“We cannot really quantify how helpful this initiative is to the communities – in this time of crisis the tendency is for prices to increase, products become more expensive. The more the suppliers, the better for the people, especially that the price of the goods under this project is not aimed at gaining profit. Our office supports this kind of project for the contribution it provides as communities cope in this pandemic,” adds Mohammad Mamainte, Provincial Director of the Ministry of Trade, Investment and Tourism of the Bangsamoro Autonomous Region in Muslim Mindanao Government. 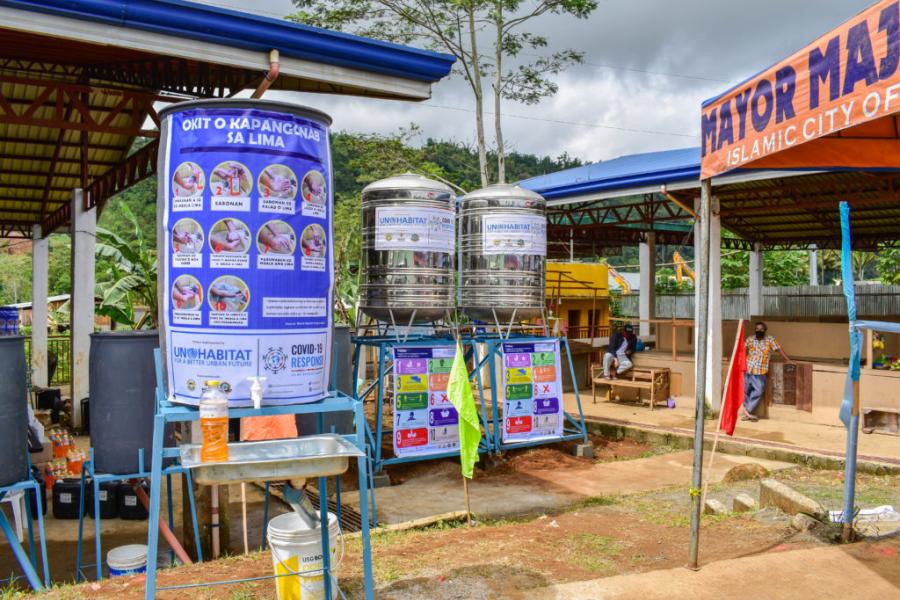 The second batch of disinfectant supplies was turned over by UN-Habitat to the city government of Marawi, represented by City Mayor Majul Gandamra, during the opening of the satellite market.

The three-month response initiative is being implemented in partnership with the City Government of Marawi, Task Force Bangon Marawi of the Office of the President of the Philippines, and the Marawi Sultanate League. It supports 2,500 internally displaced families living in transitional sites in the remotely located villages of Sagonsongan and Boganga, as well as other families staying there, local authorities, the Marawi city government, women, and youth, among others, through the provision hand-washing facilities, distribution of PPEs and disinfectant supplies, access to food and basic necessities through the operation of satellite markets and mobile stores, support in small-scale vegetable growing at the household and community levels, and capacity development of the city government’s Incident Command System. 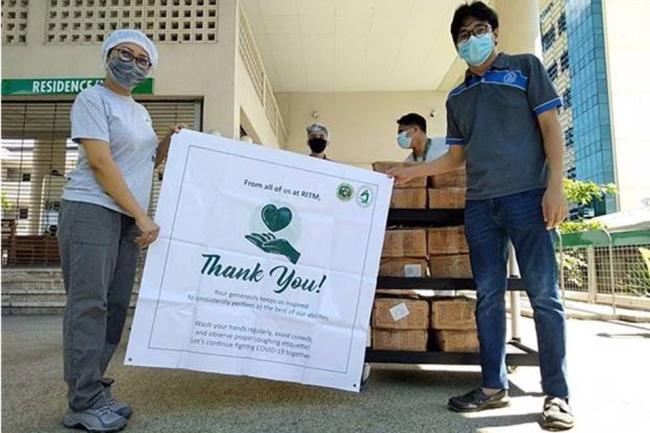 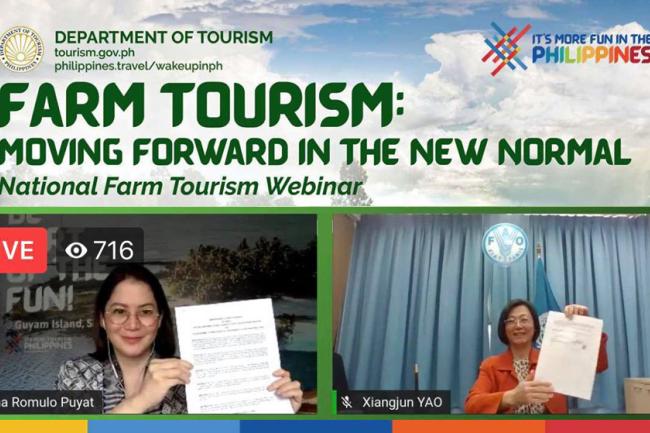 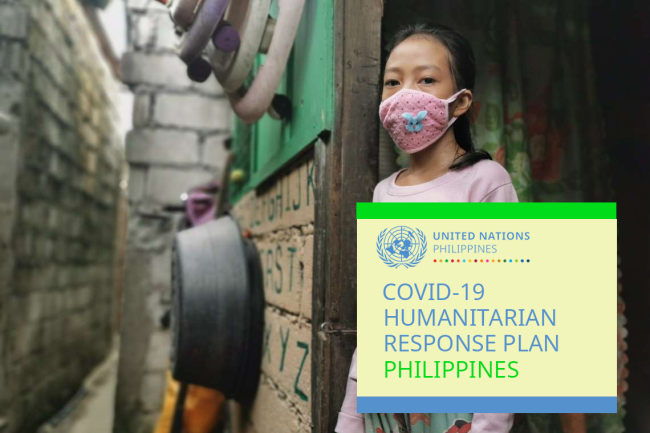 Response strategy of the Humanitarian Country Team in the Philippines