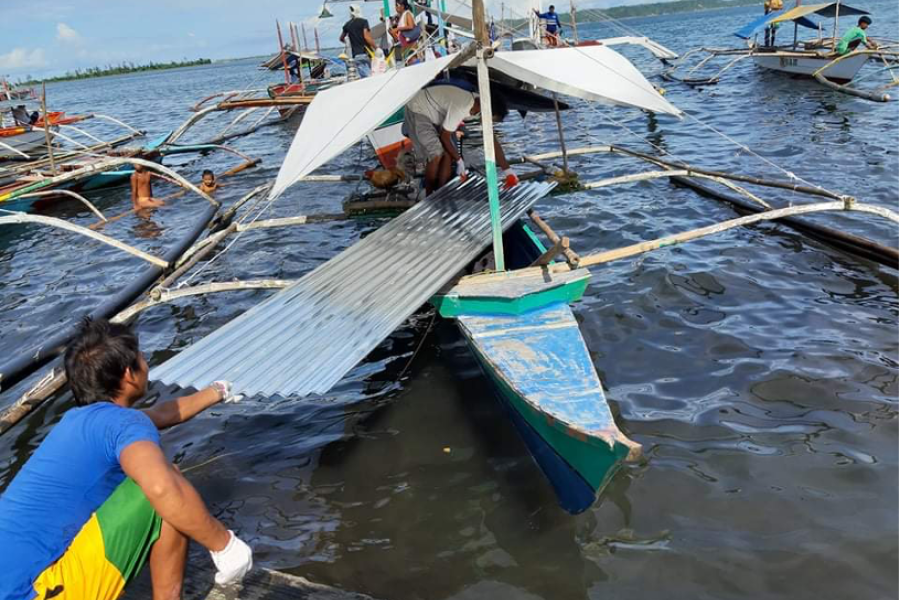 MANILA, 30 December 2020 -- In four municipalities of Albay province, where tens of thousands of Filipinos lost their homes in the onslaught of Super Typhoon Rolly, 1,030 families that celebrated Christmas in evacuation centers have received building materials, tools and cash to help put a roof over their heads in time for the New Year.

Throughout December, the United Nations (UN) Migration Agency, International Organization for Migration (IOM), and Catholic Relief Services (CRS), an NGO, have been distributing Shelter Repair Kits to households in 17 barangays in the municipalities of Tiwi, Malinao, Malilipot and Tabaco, in Albay province. The Shelter Repair Kit is intended for the emergency repair of a damaged house to make it livable. It consists of corrugated galvanized iron for roofing, coco lumber for posts and framing, nails, hammer, saw and shelter-grade tarpaulin. IOM also started distributing cash assistance this December in the 17 barangays.

On 15 December, five-months-pregnant Rosewinda Callejo (pictured below), a resident of Tagoytoy, Malinao, Albay, received cash assistance and a shelter repair kit. "Happiness is all I am feeling right now because I have received assistance from you.  Thank you so much.  Merry Christmas and a Happy New Year,” she said. 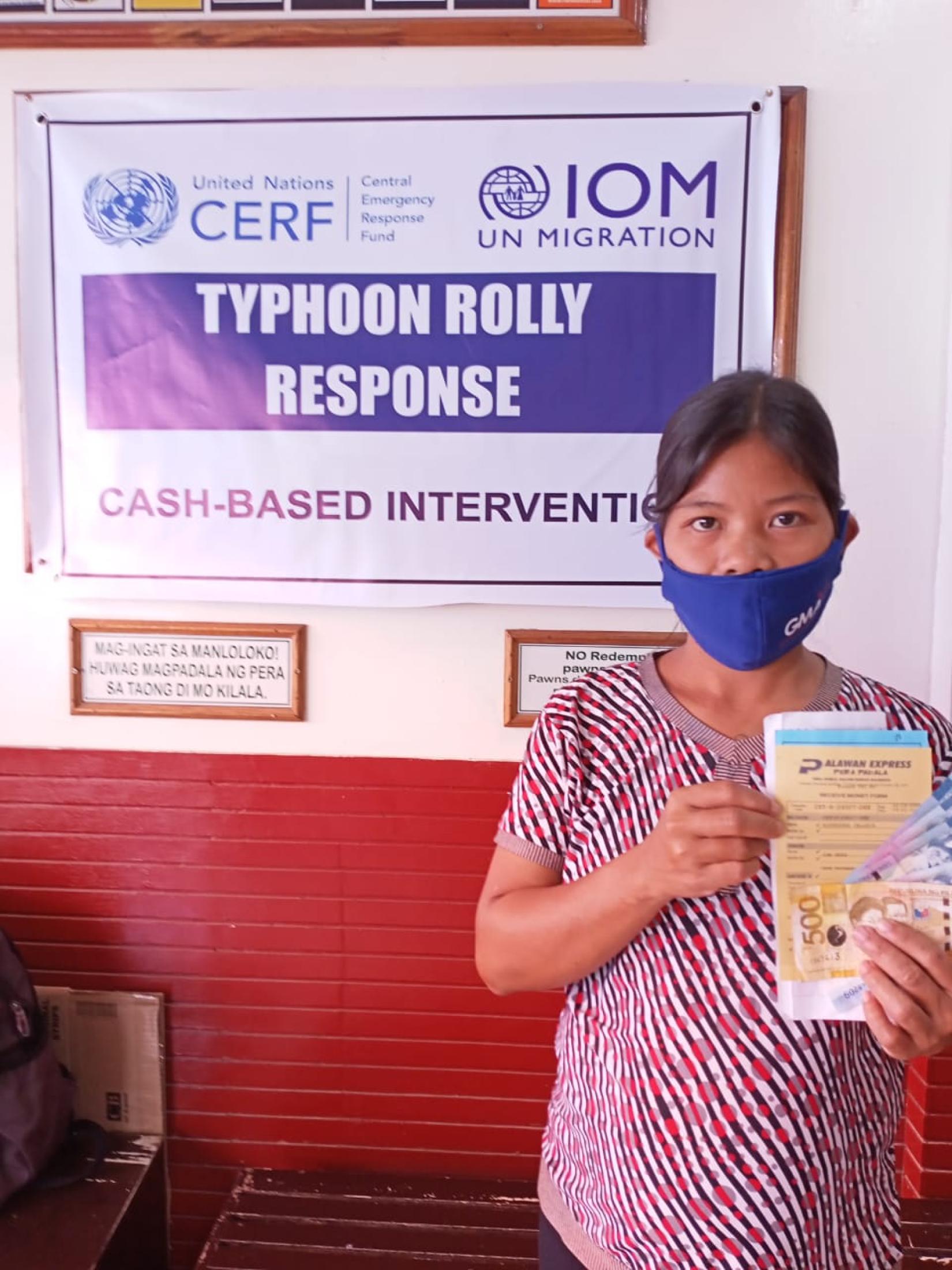 “End of the year holidays are very important for the Filipino people; it is the time when families come together. This is why the United Nations and its humanitarian partners proudly continue to deliver humanitarian assistance to the very last day of this difficult year. We are not merely rebuilding homes of people most affected by the two typhoons but also bringing them hope and dignity,” noted Gustavo Gonzalez, United Nations Resident Coordinator and Humanitarian Coordinator for the Philippines. 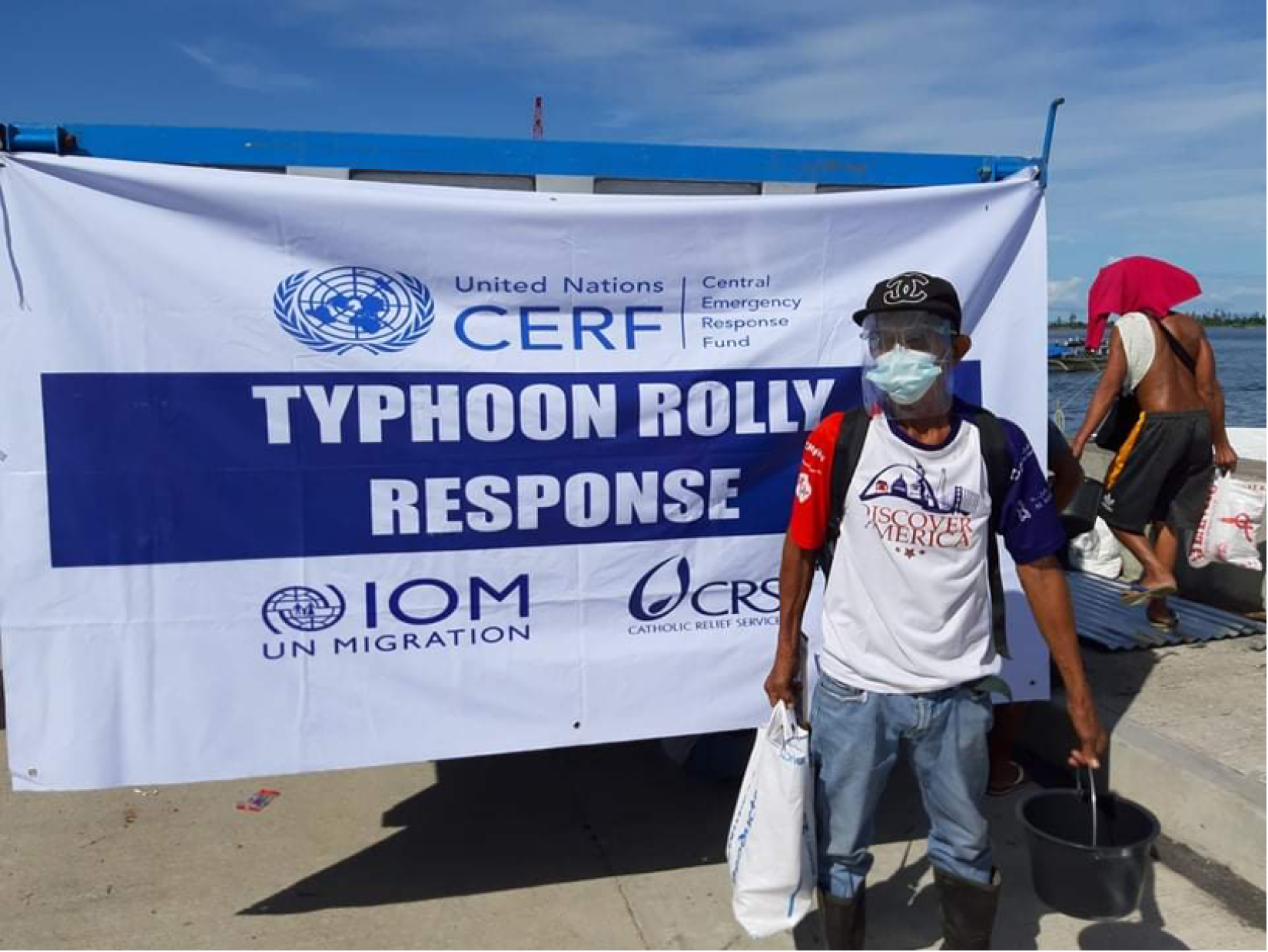 The CERF funding is one of the projects of the Humanitarian Needs and Priorities Plan (HNP) that was launched by the UN and humanitarian partners in the Philippines in November to come to the aid of close to 280,000 people affected by Super Typhoon Rolly and Typhoon Ulysses. 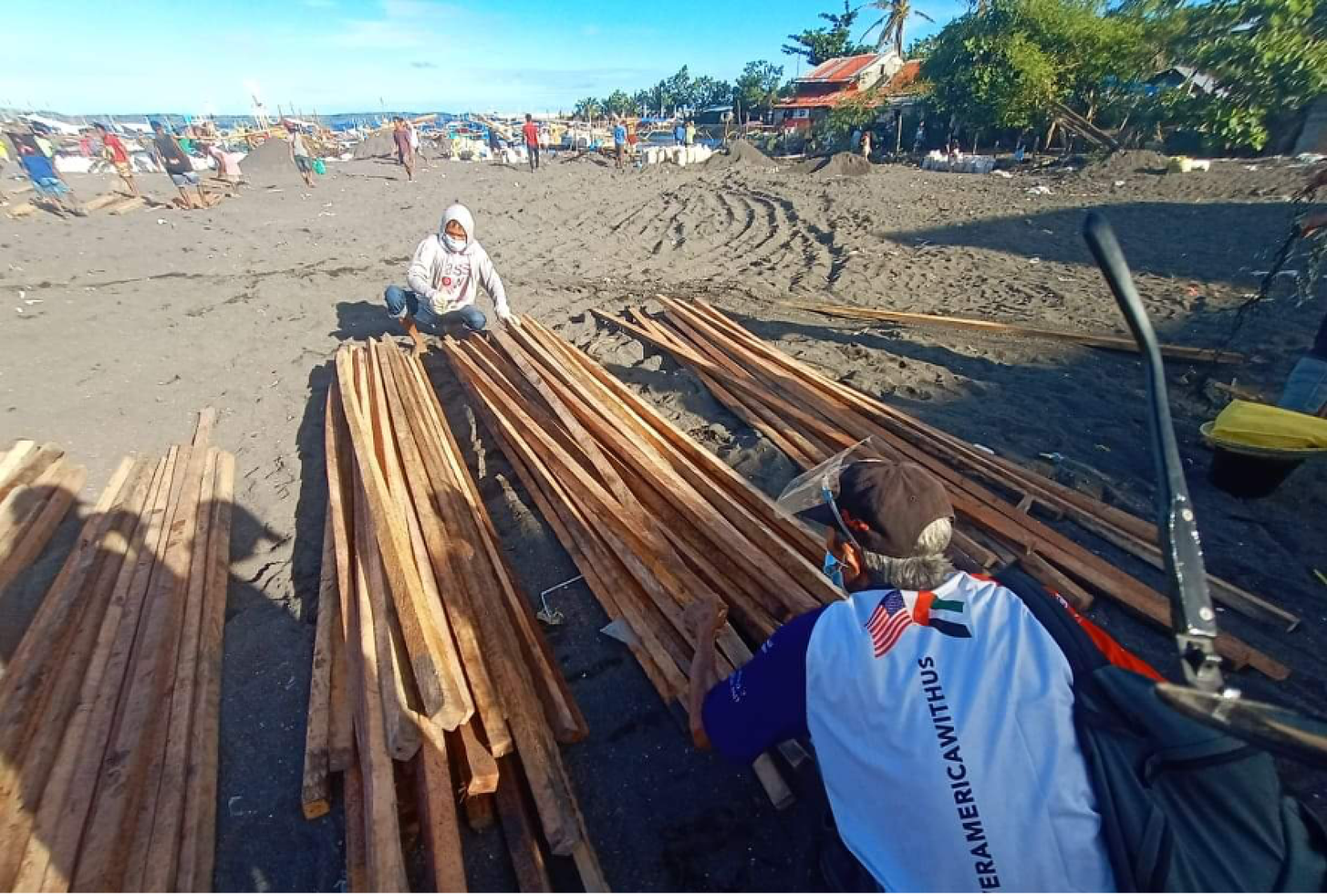 The HNP calls for US$52.6 million from resource partners to provide assistance in terms of food, access to clean water- sanitation-hygiene (WASH) facilities, emergency shelter and livelihood, health and early recovery. Some 80 humanitarian partners in the country – including the UN, NGOs, the Red Cross and Red Crescent Movement, and the private sector, which comprise the Humanitarian Country Team (HCT) in the Philippines, have been working throughout November and December to implement the HNP.

The HCT has so far received USD12.9 million, or just 25 percent of the support called for in the HNP. Yet, in just two months since Typhoon Rolly, the HCT has deployed wide-ranging assistance in Regions NCR, II, III, CALABARZON, and V. Cash assistance has been distributed to some 3,125 families. Emergency shelter support, including 13,599 shelter-grade tarps, 2,600 roofing materials and 7,700 tool kits, has benefitted families beyond the four municipalities in Albay province. Some 57,210 individuals have received hygiene kits and more than 52,000 people have been given water kits. Back-to-School Kits, and food for children suffering acute malnutrition, have also been distributed. At the same time, the HCT continues to support the management of evacuation centers, benefitting 32,421 persons, half of whom are children.

The HCT is calling for more support from resource partners to ensure that more typhoon-affected Filipinos are reached and that no one is left behind. To date, at least 30,000 people remain displaced from Typhoons Rolly and Ulysses and are staying in 181 evacuation centers across Regions NCR, II, III, CALABARZON, and V. Four evacuation centres remain open in Albay.

More than 8,600 schools which were either damaged or destroyed will require support in clean up and repairs.  Damaged self-learning modules will need to be reprinted and redistributed, while educational supplies will have to be distributed to support education continuity of 101,800 teachers and 2.8 million K-12 learners from affected schools throughout the country.

There are still 19,047 vulnerable and underserved households in need of food assistance while 15,525 farming and fishing households have yet to receive support. Initial assessment put agricultural damage at more than USD 22million, mostly to crops such as rice and corn, thus severely affecting about 20,000 farmers. About 96 per cent of rice farms in Camarines Sur are already non-recoverable and will need support for replanting. Meeting the daily food needs of people still displaced is a challenge, especially in hard-to-reach villages that have been isolated from any support.

“As the Philippines is one of the countries most affected by natural disasters and climate change on the planet, we have both a moral imperative on the humanitarian side and a clear economic case to support the Government of the Philippines in adapting and strengthening its capacity to respond to weather-related shocks. If we do not address this issue more holistically, we are merely building sandcastles after each typhoon,” said Gonzalez.

The HNP was launched on 9 November by the HCT to address the needs of 260,000 of the most vulnerable people in provinces most affected by Super Typhoon Rolly.

The revised HNP brings together collective humanitarian activities from November 2020 to April 2021 with a new total funding request of US$52.6 million (PhP 2.5 billion). The call for resources will directly assist 278,100 affected people in terms of food, access to clean water-sanitation-hygiene (WASH) facilities, emergency shelter and livelihood, health and early recovery.

Following a review of overall needs, 18,100 most vulnerable people who were severely affected by Typhoon Vamco in Cagayan were added to the original target of 260,000 people in Albay and Catanduanes. [Ends] 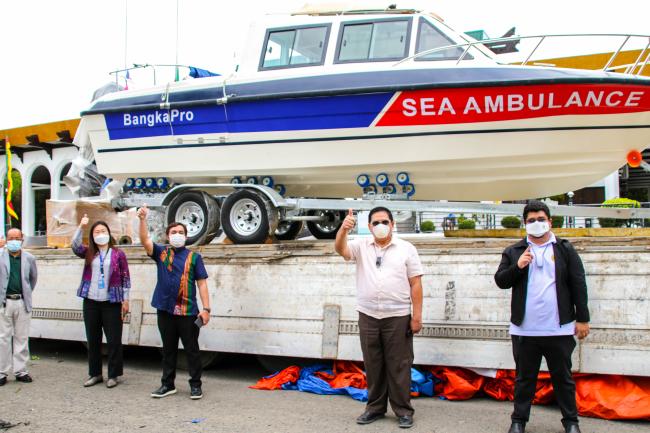 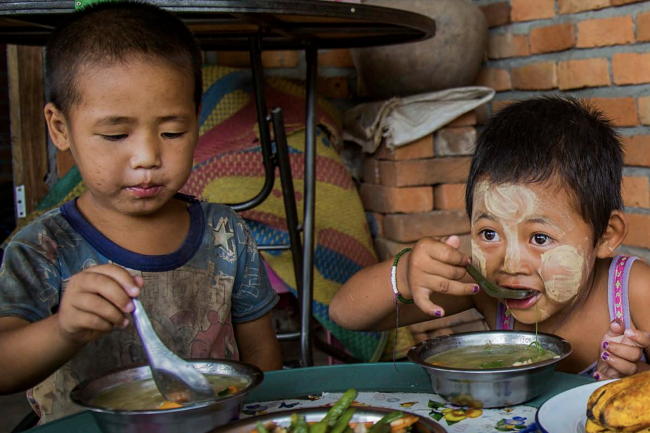 UN agencies warn economic impact of COVID-19 and worsening inequalities will fuel malnutrition for billions in Asia and the Pacific; child and maternal diets particularly vulnerable 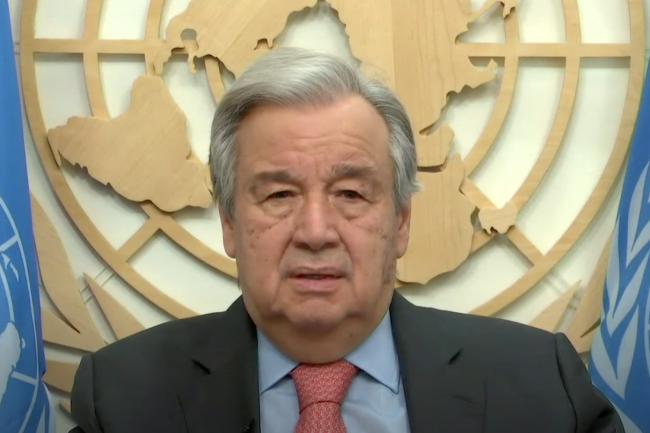