In the course of its four years engagement in Marawi, 1000 permanent houses were turned over to internally displaced families affected by the 2017 siege with the last 462 houses awarded in the May 19, 2022 handover event. Constructed with USD 10-million funding support from Government of Japan, the houses were built on land procured and developed by Social Housing Finance Corporation (SHFC) and National Housing Authority (NHA).

Pre-siege, the 1000 families lived within the three to six meters easement along the Agus River and Lake Lanao – areas officially categorized by the government as ‘no dwell zone’ and others that were affected by the development projects within the post-war Ground Zero/Most Affected Area (MAA). With their houses destroyed by the gun battle between the government forces and pro-Isis militants, life for the 1000 families in the past four years since the war ended was spent in tents, transitory shelters, in home-based arrangement (living with relatives or with friends or renting) within Marawi or in nearby provinces. Others went as far as Manila to find sources of income as the war destroyed not only their homes but devastated their businesses as well.

UN-Habitat Country Programme Manager, Christopher Rollo, delivered the message of the UN-Habitat Regional Representative for Asia and the Pacific Atsushi Koresawa saying “We and our partners are truly honored to be part of this rebuilding process. The Rebuilding Marawi Project demonstrates that adequate housing is at the center of sustainable development because having an adequate home empowers a family to satisfy its basic needs while providing the space to dream, engage in gainful livelihood, commune with neighbors, and become communities of peace.”

For his part, SHFC President Atty. Cabling stated, “The rebuilding of Marawi through participatory housing entailed a lot of hard work among many partners who not only pooled financial and human resources but also spent thousands of hours on the ground. We thank all of them especially the communities, UN-Habitat, Office of Civil Defense, Task Force Bangon Marawi, and the Local Government of Marawi City. We hope that the partnerships that we have formed here will continue in other parts of the country.”

Engr. Indanan of NHA where UN-Habitat built 300 permanent houses in the sprawling Pamayandeg Ranao Residences at Dansalan, “In the pursuit and furtherance of NHA’s objective to provide permanent shelters in support of the Rebuilding Marawi Project under the TFBM, we have found in UN-Habitat a viable and strategic partner -  making our task lighter and more manageable and which provided avenues to our beneficiaries towards their completed recovery.”

Oling Manalao, who spoke on behalf of the 1000 families, remarked: “It was not just houses that UN-Habitat built – in the four years that we actively participated in the project, UN-Habitat helped us regain our confidence even as we became known as IDPs – internally displaced persons, through all those trainings, meetings, and coaching that they provided us. Thank you for the livelihood projects that did not just benefit the homepartners but also helped so many people directly and indirectly, through the 82 different kinds of livelihood projects that our Cooperatives managed. Our deepest gratitude goes to the People of Japan who generously provided us the means to start anew, for making it possible for us to rebuild with dignity.”

Families previously awarded with the permanent houses are now living in their new communities:  Marawi Resettlement Site (MRS Phase 1) Phase 1: Hadiya Village, Brgy. Dulay West, with 109 permanent houses inaugurated in February 25, 2021 and 120 in MRS Phase II:  Darussalam Village, Brgy. Dulay Proper inaugurated in July 22, 2021, while the 438 (of the 462) families awarded during the handover event will soon be transferring to their houses in MRS Phase III: Norsalam Village, Brgy. Patani – all three lands procured and developed by the Social Housing Finance Corporation (SHFC). 24 houses of the 462 awarded houses can be found at the Local Government Unit (LGU) of Marawi property in Brgy. Patani. The LGU Marawi pitched in its property for the building of a 33 houses by UN-Habitat at a time when procurement of land was posing extreme challenge to the project. At the NHA site, the Pamayandeg Ranao Residences at Dansalan, fifty permanent houses were turned over to displaced families last July 22, 2021 in Brgy. Mipantao-Gadongan, another 150 houses awarded last October 15, 2021 followed by 100 houses turned over last March 3, 2022 all in Brgy, Kilala, bringing to a total of 300 houses built by UN-Habitat at the NHA site. All these totals to 1000 permanent houses which are now owned by qualified families. 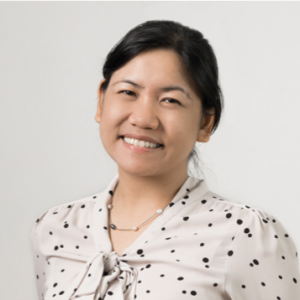