The United Nations (UN) in the Philippines, led by Resident Coordinator Gustavo Gonzalez, met today with Department of Agriculture Secretary William Dar to convey the UN’s commitment to support national dialogues being organized around the UN Food Systems Summit. DAR was nominated as the Philippines’ National Dialogues Convenor for the UN Summit to be held in September 2021.

The Summit is being organized by UN Secretary-General Antonio Guterres as part of the Decade of Action to achieve the Sustainable Development Goals (SDGs) by 2030. The aim of the Summit is to deliver progress on the 17 Sustainable Development Goals (SDGs) through a food systems approach, leveraging the interconnectedness of food systems to global challenges such as hunger, climate change, poverty and inequality.

“We appreciate the support of the UN Philippines System in the organization of national consultations for a successful global Food Systems Summit,” said Dar. “Consistent with this UN initiative, the Philippines has adopted a strategic development framework anchored on modernization, industrialization, value chain-based consolidation, and professionalization that continues to be guided by a whole-of-society consultation process.”

Dar added that the Summit is happening at a time when “the disruption caused by COVID-19 requires game-changing initiatives towards more responsive policies that will ensure more inclusive development outcomes.”

Meanwhile, Gonzalez said that “the preparations for the Food Systems Summit will offer the Philippines a great opportunity to mobilize the private sector, farmers, academia,  civil society and communities to rethink  the way we produce and consume food. Inclusive and sustainable food systems must become a priority in the current circumstances.”

Guided by five Action Tracks, the Summit will bring together key players from the worlds of science, business, policy, healthcare and academia, as well as farmers, indigenous people, youth organizations, consumer groups, environmental activists, and other key stakeholders.

Member State Dialogues organized by national Governments, including the Philippines, will be conducted in the lead-up to the Summit.

The Food Systems Summit was announced by the UN Secretary-General, António Guterres, on World Food Day in October 2019. Guterres said that “the Summit will awaken the world to the fact that we all must work together to transform the way the world produces, consumes and thinks about food. It is a summit for everyone everywhere – a people’s summit. It is also a solutions summit that will require everyone to take action to transform the world’s food systems.”

Joining the meeting with Dar were Kati Tanninen, country representative of the Food and Agriculture Organization (FAO), Brenda Barton, representative and country director of the World Food Programme (WFP), and Alessandro Marini, country director of the International Food and Agricultural Development (IFAD). FAO, WFP and IFAD are anchoring three of the Summit’s Five Action Tracks. [Ends]

To allow everyone around the world to help transform food systems, the UN Special Envoy for the Food Systems Summit, Agnes Kalibata, and the President of the International Fund for Agricultural Development (IFAD), Gilbert F. Houngbo, also launched recently the Independent Dialogues. 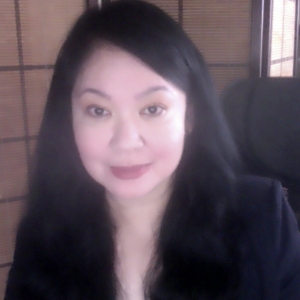