MAGUINDANAO, Philippines – On a sunny Friday, Al-Fatah* shoots hoops with friends in a makeshift basketball court before noon prayers. In the playground near his home in Sultan Kudarat, Maguindanao, is a dusty clearing framed by coconut trees, the single board and hoop nailed to a tree trunk.

The camp where his family lives is like any rural village with jeepneys ferrying civilian passengers to and from town. Small food stalls dot the roadside. However, fatigues-clad Bangsamoro soldiers – to be decommissioned in phases under the peace deal – still walk around with long firearms.

Link to video on its hosted site.

Disengaged from the ranks

“The scariest part of the training was the times for punishments,” he said. “That is when I realized that being a soldier is really difficult and it is not for children. Some vomited and fainted during training.”

Norjanah regrets the years she spent away from school. “If I didn’t drop out, I would have already been in college,” she mused. School dropout rates are high in the Bangsamoro region. Inflicted by poverty, conflict and poor social indicators, four out of 10 Bangsamoro children never enroll in primary education; and only two in 10 complete secondary schooling. The numbers add up to a staggering 400,000 adolescents every year, who miss out on school.

After being disengaged in 2017, Norjanah went through the Alternative Learning System, earning equivalency that allowed her to move up to Grade 11.

The shy teenager lives with her mother and six younger siblings in a dimly lit room in the basement of a former dormitory. The monthly rent of 500 pesos covers the use of one light bulb and an electric fan. Outside are the shared makeshift kitchen and bathroom. The family’s only means is some assistance from an uncle and the meagre income of the mother from selling personal care products.

As the eldest child, she dreams of building a house for her mother and to help her siblings complete their studies.

“I’m glad that I am no longer in the camp. I can now focus on my studies,” she said. “My dream is to become a nurse, to help others.”

Al-Fatah is happy to be finally living a normal life together with his parents without fearing separation and conflict. He and his four siblings can pursue their studies. He thinks studying social work in college will prepare him to help his community. He hopes for lasting peace in their Bangsamoro homeland.

The peace agreement, and the passage of the Bangsamoro Organic Law paving way to new Bangsamoro Autonomous Region in Muslim Mindanao, gives Norjanah hope for a promising future.

“My hope is to have long-lasting peace for my Bangsamoro land,” Norjanah said. 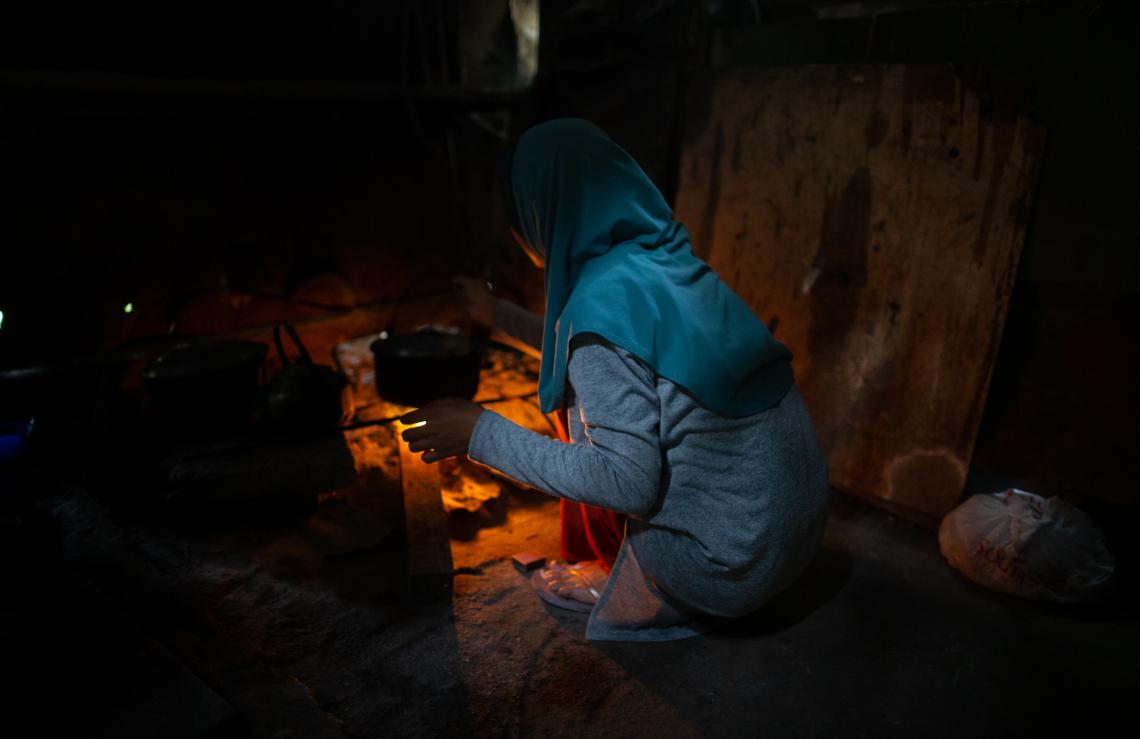 Norjanah doing chores at home. “I’m glad that I am no longer in the camp. I can now focus on my studies,” she said. “My dream is to become a nurse, to help others.” UNICEF Philippines/2019/Jeoffrey Maitem

Ensuring protection for every child in Bangsamoro

UNICEF recommends carefully safeguarding disengaged child soldiers like Al-Fatah and Norjanah to avoid possible recruitment by other armed groups and to ensure that they enjoy their full rights.

“In situations of armed conflict, recruitment and use of children are grave violation of their rights,” said Rohannie Baraguir-Datumanong, UNICEF Child Protection Officer based in the Bangsamoro region. “These include children’s right to play, to be with their friends, to enjoy their childhood and to go to school to develop their full potential.”

The Office of the Special Representative of the United Nations Secretary-General for Children and Armed Conflict stated that, “Regardless of how children are recruited and of their roles, child soldiers are victims, whose participation in conflict bears serious implications for their physical and emotional well-being.”

For Al-Fatah and Norjanah, peace, education and other opportunities – things they could only imagine a few years back – are now within their reach.

*Names of the former child soldiers have been changed to protect their identity.

This is the third in a series of CRC@30 Philippines stories gathered by Shirin Bhandari, Teresa Cerojano, Claro Cortes, Jeoffrey Maitem, Charena Escala, Arby Laraño and Iris Lapid, with fact checks, technical and editorial inputs by a UNICEF Philippines team.