In 2002, 19-year-old Radam Jalani, who lived in the small seaside village of Mercedes in Zamboanga City, was resigned to being a seaweed farmer for the rest of his life. When he was 12 years old, Radam’s father asked him to quit school to help his family scrape out a living from planting seaweed. The 10 years that followed stretched out like a lifetime for Radam, taking him farther and farther away from school. And yet, just six years after contemplating a future he thought he could not escape, Radam began to live the life he had chosen for himself.

Radam returned to school. As a teacher.

Through the Department of Education (DepEd)’s Alternative Learning System (ALS), Radam completed his Bachelor of Elementary Education (BEEd) degree. He has been teaching the second grade class at his old school since June 2018.

The UNICEF Education Programme in the Philippines supports the ALS program by enhancing the capacity of the Government to provide holistic, equitable and inclusive education for all children and adolescents. UNICEF Philippines has developed priority actions targeting the most vulnerable and disadvantaged girls and boys, who have limited access to learning opportunities due to poverty, armed conflict, social discrimination or health issues.

Not too far away from Radam, Rijal Ibrahim Rasul and Jewelyn Baguio watched helplessly as their lives were turned upside down by the 2013 Zamboanga siege. Rijal had dropped out of college to sell fish with his father. When the conflict had passed, Rijal tried to find better work but he found his options severely limited by his age, religion and inadequate education. Jewelyn took a long time to recover from the trauma of hearing gunshots and had to stop working.

Rijal and Jewelyn needed to make a living but the disruption in their lives had affected their ability to find decent work. Help came through the United Nations (UN) Peacebuilding Support Office, where the International Labour Organization (ILO) and the Food and Agriculture Organization (FAO) helped young people like Rijal and Jewelyn to find jobs and sustainable livelihoods in Zamboanga.

The ILO worked with industry partners to transform education by matching skills with the demands of employers, thus enhancing youth employability. Rijal and Jewelyn were among those trained under a special course in hotel management. As they gained knowledge and skills, they also developed a positive mindset, which boosted their confidence. When Rijal and Jewelyn completed the course in 2017, they were immediately hired by one of the largest hotels in Zamboanga.

The Philippines has achieved near-universal primary enrolment rate at 94.2 as of 2017. Furthermore, in the past two years, the Government has substantially increased completion rates for primary and secondary education, by 8.4 and 10.3 percentage points, respectively. We commend the Government for progress on this front. However, we need to turn our attention to Filipino children and youth who should be in school, but are not.

According to the latest Annual Poverty Indicators Survey (APIS), one out of every 10 Filipinos aged 6 to 24 was out of school, and the prevalence has generally been higher among the older age groups. Of the 3.6 million out of school children and youth, 83.1 percent were 16 to 24 years old, 11.2 percent were 12 to 15 years old and 5.7 percent were 6 to 11 years old.

The high cost of education accounts for why many of the country’s children and youth are not in school. According to the APIS, financial difficulty was one of the top three reasons (17.9 percent), for not attending school. About half of all out-of-school children and youth belongs to the poorest 30 percent of Filipino families, most of whom live in rural, agricultural areas. In many instances, boys and girls have missed classes – or skipped school entirely – to help their families to put food on the table.

Yet, while poverty factors largely in school-leaving, it is not the foremost reason.

Early marriage and family matters topped the list of reasons, at 37 percent, followed by lack of interest, at 24.7 percent.

It is notable that the proportion of out-of-school children and youth was also higher among females (63.3 percent) than males (36.7 percent), and that for over half of all girls and young women that have had to leave school, early marriage or family matters were the leading causes. In the Bangsamoro Autonomous Region in Muslim Mindanao (BARMM), which has the highest percentage of out-of-school children and youth in the country, girls have a particularly hard time staying in school. Household chores, and poor menstrual hygiene management, including the lack of appropriate water, sanitation, and hygiene (WASH) facilities in school, have driven girls to distraction, causing them to miss classes and thereafter to stay away from school.

In order to reduce drop-out rates, it is necessary to curb the high incidence of early pregnancy  among young Filipinos. The Department of Education, with support from the United Nations Population Fund (UNFPA) is leading the implementation of an age- and development-appropriate Comprehensive Sexuality Education (CSE) curriculum that will also be implemented in Alternative Learning Systems (ALS).

CSE is a curriculum-based process of teaching and learning about cognitive, emotional, physical, and social aspects of sexuality and reproductive health. It will equip young Filipinos with the correct information and appropriate life skills that would enable them to make responsible decision-making and respectful behavior, protecting their health, well-being and dignity. Apart from reducing the incidence of early pregnancy, CSE also seeks to address violence, particularly bullying, and HIV infection.

By adopting the 2030 Agenda, UN Member States, including the Philippines, have committed to Leave No One Behind in their implementation of the Sustainable Development Goals (SDGs). All people, regardless of their backgrounds, have rights and responsibilities to fulfill their potential in life, including out-of-school youth.

Tacking the persistent disparities in education participation and promoting education enrollment and quality is also a government strategy to address the challenges to inclusive growth, as highlighted in the 10-point socioeconomic agenda of the Duterte Administration: “Invest in human capital development, including health and education systems, and match skills and training to meet the demand of businesses and the private sector.”

Beyond the classroom, opportunities for young people who are not in school are growing. There are now many ways to transition from school or out-of-school to work or event entrepreneurship. Non-formal education should not be seen as an alternative to formal education, but rather recognized for its complementariness in providing a more fully rounded and skills-based approach, to equip young people to meet the competing demands of the workforce. Youth engagement is crucial to bringing about more relevant, equitable and inclusive education.

On August 12, we celebrate International Youth Day. This year’s theme, “Transforming Education,” resonates in the work that the Government and UN agencies are doing to make education fit the learner, and not the other way around. To find solutions to ensure that children and young people who have fallen back are not left behind. To give the Radam Jalanis of this country the one thing that could turn their life around: a second chance. [Ends] 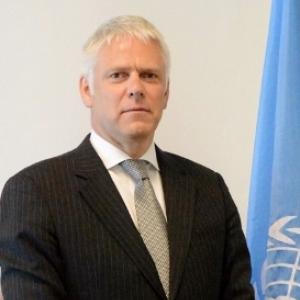