Mother and daughter seek to end the practice of child marriage 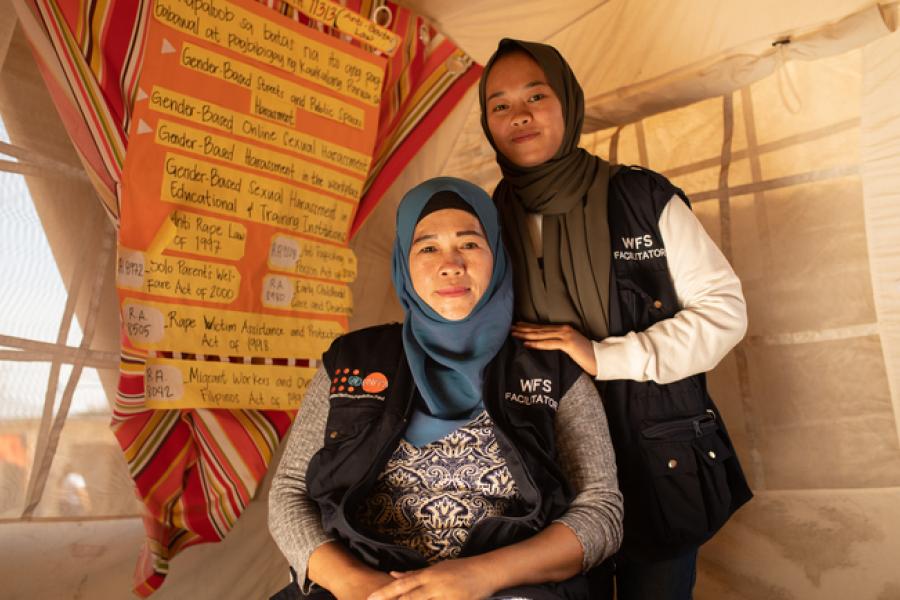 “What? I’m getting married today?”

This was Mimah’s reaction when she found out she was getting married on the day of her wedding. When she was 17, her uncle arranged her marriage to a 21-year-old.

The tradition runs deep in Mimah’s family. Her mother, Calima, was married at the age of 14.

Calima recalled, “I had to run and hide away with my friends during that time. I went back to my husband after three years when I felt I was ready."  She added, “With Mimah, my older brother was the one who arranged it. He believed that the man could give my daughter a better life. My husband and I merely obeyed him.”

Mimah decided to stay in the marriage for as long as she could. However, after more than a year, she was done with her drug-using husband, and her constant fear for her own life.

“I wanted to live differently”

Mimah confessed, “I want to live a life that would allow me to pursue my studies and career, and support my family."

In 2017, UNFPA, the United Nations Population Fund in the Philippines, in partnership with the Australian Government, launched the Women-Friendly Spaces (WFS) project in several temporary shelter sites in Marawi.

“WFS is a safe space for women where they can learn their rights. Trained and empowered facilitators aim to protect and link gender-based violence (GBV) survivors to a wide range of services,” Joyce Flores, UNFPA Gender Programme Analyst, explained.

Mimah and Calima both heard about the WFS project from their friends. They joined the project as volunteers. Because of the mother-daughter tandem’s passion and interest, they were invited to join the training and formally become WFS Facilitators.

WFS facilitators like Mimah and Calima receive cash assistance as compensation for the time spent on WFS-related work. “Our original plan was to help but we thought we will need to look for a source of income eventually. We were very surprised when we learned that there is an allowance, that we can use in supporting our families,” said Calimah.

Understanding and living the Qur’an

“Child marriage is very common here. Some brides are even younger than I was,” Mimah reported. “In the WFS, I learned that it can be avoided.”

According to Professor Anwar Radiamoda, an Islamic Studies professor at the Mindanao State University, Islam provides protective layers for women who experience GBV. “The Code of Islam says that women cannot be forced, and we should have high regard and respect for our women,” he emphasized.

Mimah recounted the visit of  an Islamic religious leader at the Women-Friendly Space in Boganga Transitory Shelter, Marawi City. “He was livid because gender, as discussed in WFS sessions, seemed to go against the tenets of Islam.”

Mimah calmly explained the topics discussed in their modules and invited him to attend more sessions. It was a fruitful endeavor as the leader eventually reconciled Islam and women empowerment. “We also learned from him. He taught us how the lessons at the WFS are similar to the teachings in the Qur’an in giving value to women.”

Child marriage: A global issue, not just in Mindanao

According to the 2017 National Demographic and Health Survey (NDHS), 1 out of 6 Filipino girls is married before the age of 18.

While Mimah, Calimah, and the rest of the WFS facilitators had been successful in raising awareness of women’s rights in their communities, child marriage is predicted to increase during this pandemic. UNFPA’s State of World Population Report revealed that across the globe, between 2020 to 2030, there could be an additional 13 million girls under 18 who would marry, resulting from the disruption of programs and services, and economic challenges brought by COVID-19.

When parents from low-income families are unable to find jobs, the deepening poverty wrought by the pandemic would push families to consider marrying their daughters in the hopes of a better life for their children.

Mimah pointed out, “Child marriage can actually harm young women. While the parents or relatives mean well, many stories from our WFS sessions tell us that these young women suffer from violence and abuse, complications from early pregnancy, physical, emotional and mental stress. I want to inform families that child marriage is not the answer.”

To ensure that life-saving information reaches communities without increasing the risk of spreading the coronavirus, the WFS program shifted to traditional modes of communications, like radio and “recorrida,” where messages on women’s health, rights, and protection are played through a loudspeaker on a roving vehicle.

“This is why I joined the“recorrida” activities of UNFPA. We cannot stop our work because this is the time that women and girls need our support,” Mimah underscored.

Healing at the Women-Friendly Space

The WFS also became the first avenue for Mimah to share her feelings and experiences in front of her mother.

Calima said, teary eyed, “I am now very much against child marriage. I never want anyone to experience what my daughter and I experienced. I will support her choices and I will let her live her life accordingly,” Aside from her efforts in and out of the Women-Friendly Space, Calima learned a lot from her daughter, Mimah.

Mimah’s father also saw how much she grew over the years. He voluntarily attends the sessions and encourages other men to support the WFS.

Mimah added, “I really felt the changes at home. They respect me as a woman. They see and value the choices I make for myself. WFS helped me in many ways, not just financially,  but most especially  in terms of my self-confidence.”

“I realized I have the power to turn my negative experiences into a tool to help other women. They are not alone in this fight.  They have the power to choose, they are in charge of their own lives, and they can change other people’s lives,” Mimah proudly said. 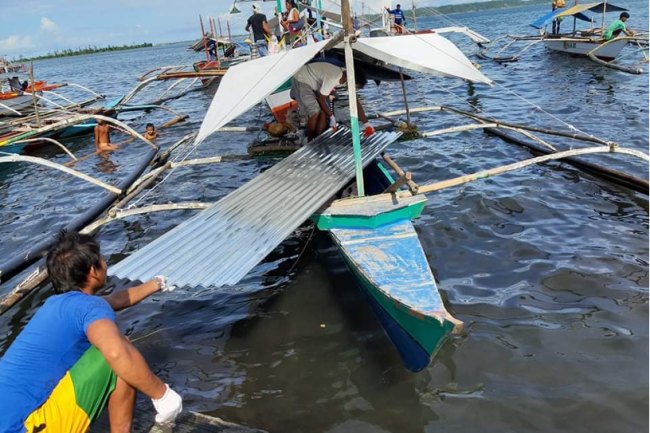 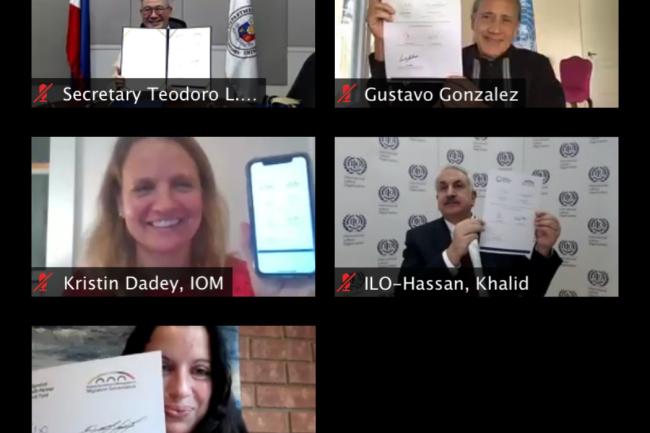 UN, DFA launch programme to safeguard migrant rights from recruitment to return to the Philippines

Violence against women and girls: A pandemic we must end now

Op-ed by Mr. Gustavo Gonzalez, UN Resident and Humanitarian Coordinator in the Philippines